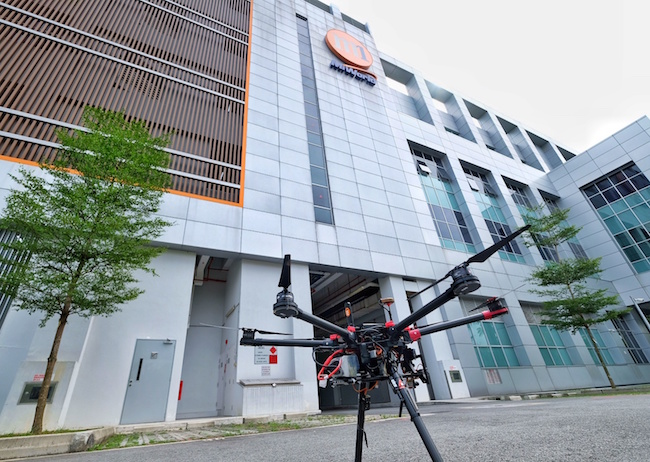 During a trial a purpose-built drone was flown around three locations in Singapore, with M1 saying its 4.5G hetnet provided secure, low latency and high throughput connectivity, enabling the drone to fly beyond visual range in an urban environment.

M1 said in a statement conventional drones use unlicensed spectrum such as the 2.4GHz band to provide short-range, line of sight wireless connectivity, but are susceptible to radio signal interference.

The unmanned aircraft system (UAS) was assembled by the Air Traffic Management Research Institute (ATMRI), a joint research centre established by NTU and the Civil Aviation Authority of Singapore.

Further research
M1 and ATMRI signed an agreement to conduct research and develop M1’s 4.5G hetnet for the traffic management of UAS in Singapore.

NTU Singapore professor Vu N. Duong, who is director of the ATMRI, said: “We are working to establish an air traffic system which can effectively control and regulate UAS traffic in a congested airspace. By working with key industry partners like M1, we aim to translate our knowledge into practical applications beneficial to Singapore and other megacities.”

M1 engineers and NTU researchers will use drones to map out the signal strengths and end-to-end latency of hetnets for Singapore’s entire urban airspace. This will help researchers identify suitable airspace for reliable command and control of drones, including flights out of visual range, the operator explained.