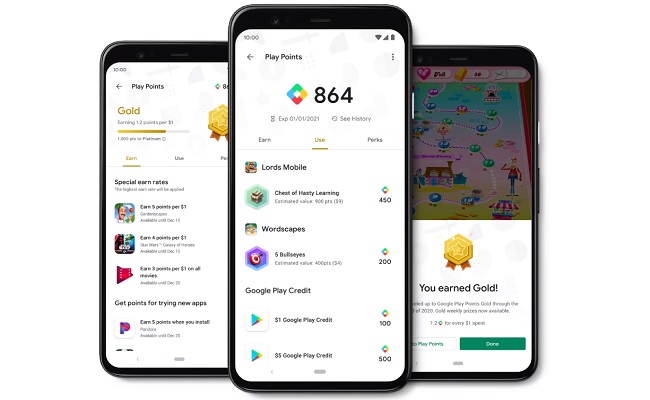 Google expanded availability of its Play Points rewards programme to Android users in the US, following initial launches in Japan and South Korea, in a move tipped to boost user engagement with the app marketplace.

Google pitched it as a way to “show our appreciation” to a portion of the 2 billion users around the globe who use the Play Store, though TechCrunch noted the programme also represents a tool for the company to drive user engagement with Play Store and boost traffic to featured apps.

There are four levels tied to accumulated point totals: bronze, silver, gold and platinum. Users earn greater rewards for each dollar spent as they move to higher tiers.

Points can be redeemed for discounts on or credit toward future purchases. There is also an option to donate them to a rotating list of charities.

The rewards programme made its debut in Japan in September 2018 and subsequently launched in South Korea in April.