Facebook unveils plans to “beam internet to people from the sky” 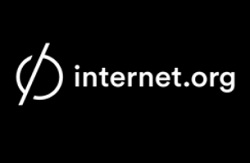 Facebook is working on drones and satellite technology to develop “new platforms for connectivity on the ground, in the air and in orbit”, as part of its Internet.org initiative to make the internet available and affordable to unconnected people around the world.

Facebook’s Connectivity Lab is working on new technology to “improve and extend internet access” on the principle that different population densities and geographical locations need different ways to connect.

The Connectivity Lab includes a team from Ascenta, which designs and builds high altitude long endurance aircraft. Facebook has reportedly acquired the UK-based company for just under $20 million.

Facebook CEO Mark Zuckerberg alluded to a deal in a blog post, saying Facebook has “recently added some of the world’s top experts on aerospace technology including the team from Ascenta”. Facebook has also previously been linked to drone manufacturer Titan Aerospace.

The team also includes members of NASA’s Jet Propulsion Laboratory and Ames Research Center and the US National Optical Astronomy Observator, along with engineers from Facebook’s infrastructure team and Open Compute Project.

For suburban areas in less accessible regions, the Connectivity Lab has been working on solar-powered high-altitude long endurance aircraft that can stay in the air for months at a time and be quickly deployed to offer reliable internet connections.

The Connectivity Lab team is looking to enable these systems through the use of free-space optical communication (FSO), which can transmit data in space using infrared laser beams.

FSO is “a promising technology that potentially allows us to dramatically boost the speed of internet connections provided by satellites and drones”, according to the company.

In the blog post discussing the Connectivity Lab, Zuckerberg said that in Facebook’s efforts to connect the world, “we’ve been working on ways to beam internet to people from the sky”.

Google is is also conducting work in this area, with Project Loon, in which solar-powered transmitters attached to helium balloons are being tested for their potential to provide internet access to the developing world.

Discussing the work of Internet.org since it was announced last summer, Zuckerberg said three million additional people in the Philippines and Paraguay now have access to mobile data due to its work with operator partners.

“We’re going to continue building these partnerships, but connecting the whole world will require inventing new technology too. That’s what our Connectivity Lab focuses on, and there’s a lot more exciting work to do here,” Zuckerberg added.

Internet.org partners include Ericsson, MediaTek, Nokia, Opera, Qualcomm and Samsung, as well as mobile industry association, the GSMA. Academics and NGOs are also invited to join the venture.