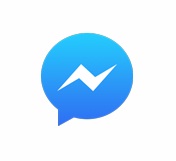 Facebook is trialing a new feature for its Messenger app that enables voice messages to be converted into text.

Messenger already has a feature enabling people to send voice clips to their friends as an alternative to having to type.

David Marcus, VP of messaging products at Facebook, said in a post on the social network that the company is rolling out a small test of the voice-to-text technology.

Marcus explained that the technology could be used to translate a voice message into text in situation when voice messages would not be suitable — for example, in a meeting or at a music concert.

“Our plan is to test this feature at a tiny scale for now and we’re looking forward to seeing what you think of it before making the experience more widely available,” he added.

The new feature shows how Facebook is continuing the development of a product that reached 500 million monthly active users in November.

The milestone was reached after Facebook removed the messaging functionality from its main social networking app, forcing users to download a standalone version of Messenger instead.

The move is part of a wider effort by the company to create more standalone mobile products.