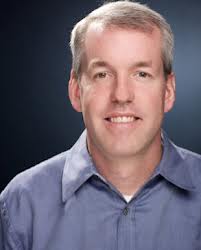 Facebook is working on an international remittance service via mobile devices as part of its strategy to crack emerging markets, according to a Financial Times report.

Facebook is reportedly “only weeks away” from receiving regulatory approval as an e-money provider in Ireland, authorisation that would be valid throughout the European Union.

Users in European countries could use Facebook accounts on their smartphones to send money home to friends and family in emerging markets.

According to sources, Facebook offered mobile remittance firm Azimo $10 million to hire one of its co-founders as a director of business development. The social networking firm did not comment.

Transferwise is backed by Peter Thiel’s Valar Ventures who also was an early investor in Facebook.

“Facebook wants to become a utility in the developing world, and remittances are a gateway drug to financial inclusion,” said a source familiar with Facebook’s strategy.

Money transfer would also represent an additional revenue stream on top of advertising for the company.

The likes of Azimo are trying to build market share by undercutting traditional money transfer players such as Western Union on fees.

This is not the first instance of using Facebook as a P2P money service. India’s ICICI Bank has launched a banking app that enables customers to carry out a range of services, including sending money to other users of the social network.

Facebook already has some exposure to financial services in the US where it has authorisation so that it can process payments for developers who charge users for in-app purchases.