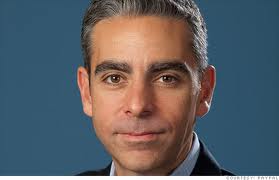 David Marcus (pictured), president of eBay’s PayPal division, has been lured away by Facebook to head up the social network’s mobile messaging efforts.

It’s a new post created by Facebook, underlining the ambition of Mark Zuckerberg, CEO, to expand in mobile messaging and make more money from it.

“Messaging is a core part of Facebook’s service and key to achieving our mission of making the world more open and connected,” said Facebook on news of the appointment.

In a bid to sharpen messaging focus, Facebook split the Messenger service from its main smartphone app in April. An “ephemeral” video messaging app to rival popular Snapchat – dubbed Slingshot – is also in the pipeline.

And, of course, there’s Facebook’s pending $19 billion acquisition of WhatsApp.

Marcus said one of the attractions of joining Facebook was the prospect of leading smaller teams and building “great product experiences”.

After three years at PayPal, Marcus leaves a company with more than 148 million active accounts and $180 billion in processed payment volume in 2013 alone (including $27 billion of mobile payments).

PayPal accounted for 41 per cent of eBay turnover in 2013.