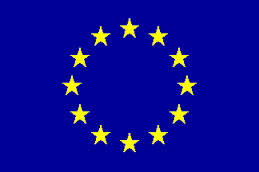 The European authorities have warned that companies not assisting with its investigation into Google’s Android activities face a fine, as well as calling for the release of more information, according to The Register.

The European Commission is looking into Google’s Android business practices, including its requirements to include all of its products and services bundle in order to support key applications such as the Play store.

Other areas of investigation include exclusivity deals that mean vendors cannot support other platforms, and details of pressure from Google to delay or cancel non-Google devices.

While the Commission had previously written to device makers, The Register said that responses have not been forthcoming.

The latest request ups the ante, calling for supporting documents such as emails as well as contracts, and threatening fines of up to one per cent of revenue, going back five years.

At the heart of the issue is the secrecy with which Google conducts the licensing of its apps, which is believed to include requirements related to the positioning of apps on the device, and requires the whole set to be taken as a whole.

While vendors can – and in some cases have – taken the core Android platform and built support for alternative ecosystems on top, this is not an option available to the lion’s share of device makers.

With one of the main selling points of Android being its apps and content ecosystem, support for the Play store is a central feature of the platform. But in order to get access to this, vendors need to support the whole Android app bundle – potentially to the detriment of rival services.

The report said that the regulator is also requesting information on cases where a vendor looked to include support for an app which rivals Google’s services, but were “pressured” to drop.

The bidding process to make Nexus devices – which has been won previously by HTC, Samsung, LG Electronics and Asus – is also in the spotlight.

Although Google’s practices have remained largely secret, there have been some issues which have seen them put under the spotlight.

Earlier this year, a copy of the search giant’s Mobile Application Distribution Agreement was made available as part of legal proceedings.

In 2012, it was reported that Google had pressured Acer into cancelling a device powered by Chinese e-commerce giant Alibaba’s own take on Android, under the threat of removing support for its Google-powered products.

And in 2011, location technology company Skyhook Wireless said that Google had worked to prevent manufacturers from adopting its offerings in preference to those from Google itself.