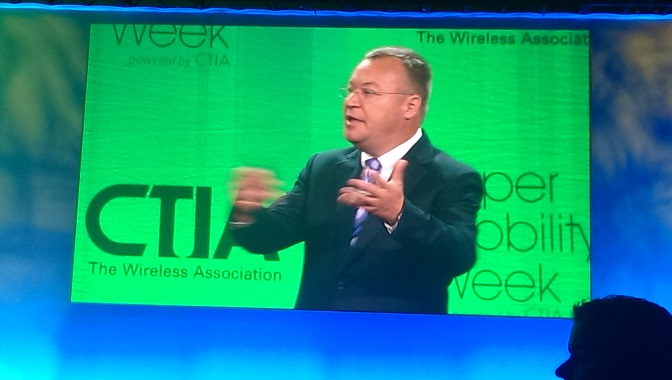 LIVE FROM CTIA SUPER MOBILITY WEEK: Microsoft is thinking about the devices business it acquired from Nokia earlier this year “through a new lens”, said Stephen Elop, EVP of Microsoft’s Devices Group.

“We are thinking about the phone business through a new lens. The role of mobile phones within Microsoft is different to what it was in Nokia. Whereas the business of phones within Nokia was about the device being put in users’ hands, with Microsoft it’s about putting the entirety of Microsoft into people’s hands to encourage use of services and other capabilities,” said Elop.

In addition, he said AT&T will sell the Lumia 830, a so-called “affordable flagship” that was unveiled at last week’s IFA launch. Three new Lumia smartphones were introduced at the event.

AT&T, which Elop characterised as a long-time supporter of Windows Phone, will start offering the Lumia 830 in the US in time for the Q4 holiday season.

He studiously avoided any reference to rival Apple’s earlier announcement.