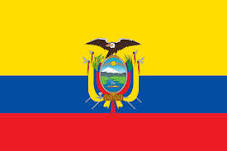 In an unusual move, Ecuador is reportedly building its own mobile wallet to boost financial inclusion, without the involvement of the country’s operators or banks.

The country’s central bank will be both owner and operator of the wallet which is currently being pilot tested, according to Payments Views.

The project wants to enable an ambitious range of services including P2P money transfer, top-ups, B2B payments, cashing in and out of the wallet, as well as in-store purchases.

The aim is also to link the wallet to bank accounts so that it can be topped up (although bank account penetration in Ecuador is relatively low).

In terms of distribution, the central bank will need partners to offer the service to end-users since it does not have its own agents or retail outlets. In fact, possible partners include retail chains, which will receive a fee for handling transactions for the wallet.

Such schemes typically involve operators or banks but this one has neither as partners. Instead, the central bank is buying airtime from operators for the USSD-based messaging used by the wallet.

However, the country’s operators do not have a substantial retail footprint of their own. Instead, they rely on agents, which limits their opportunity to be involved with the wallet.

As the single national wallet, the scheme is interoperable. And it promises to draw in those outside the existing banking system with attractively-priced rates for its services.