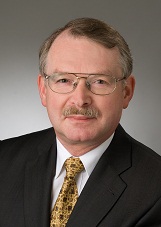 The European Commission today launched a “contractual public private partnership” under the headline “Advanced 5G networks for the future internet”, designed to “stimulate the development of network internet infrastructure to ensure advanced ICT services for all sectors and users”.

With an indicative budget of €700 million, the Commission argued that “each Euro of public funding is expected to trigger additional investments of between three and ten Euro to develop new technologies, products and services which will give European industry a leading position on world markets”. The €700 million has been mirrored by a similar sum committed by the private side.

According to the EC, the 5G Public-Private Partnership (5G PPP) is delivering “such advancements as 1,000 times increase in wireless capacity serving over seven billion people (while connecting seven trillion ‘things’), save 90 per cent of energy per service provided, and create a secure, reliable and dependable internet with zero perceived downtime for services”.

The 5G Infrastructure PPP will become operational at the beginning of 2014, although it will also benefit from the activities of certain existing working groups. While the private side of the initiative, under the leadership of the industry, will set the “strategic research and innovation agenda”, responsibility for implementation will remain with the EC in terms of calls, selection, negotiation, contracting of project proposals, as well as monitoring and payments of funded projects.

The founding members of the association are Alcatel-Lucent, Ericsson, Nokia Solutions and Networks, Orange and satellite operator SES.

Several other companies have already jumped on to the 5G marketing bandwagon, including Huawei and Samsung.

EE, Telefonica and Vodafone have also thrown their weight behind a “5G Innovation Centre” being established in the UK.