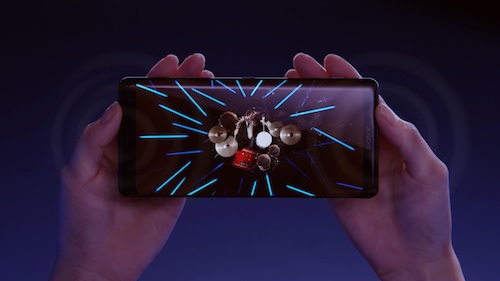 Sony rolled out the Xperia XZ3, its newest flagship smartphone, as CEO Kenichiro Yoshida expressed his belief that the benefits of 5G will be the saving grace for the company’s struggling mobile business.

Yoshida, who replaced long-term chief Kazuo Hirai this year, said in a roundtable at IFA 2018 that the company wanted to make its mobile unit a stable cash flow business in the long-run, and “it’s better to have a portfolio”.

Sony’s mobile business has struggled in recent years, amid increasing dominance in the market from Apple, Samsung and Chinese vendors including Huawei.

In the first quarter of the financial year Sony reported a loss of JPY10.8 billion ($96.5 million) for its Mobile Communications unit, while smartphone shipments dropped 1.4 million to 2 million during the quarter.

However, Yoshida explained that 5G would be crucial to Sony, given its presence in rich content of gaming, music and video content.

“That takes a lot of bandwidth,” he said.

And with 5G touted as essential for low latency and high bandwidth applications, “this is very important for our branded electronics, so we need to capture that. That’s the reason we are committed to the mobile space”, he said.

Xperia XZ3
Unveiled at the event in Berlin, the Xperia XZ3 boasts a 6-inch HDR OLED screen, which has been powered by the company’s Bravia TV technologies. Sony also talked up artificial intelligence (AI) features in the new device, which features a “smart launch” button which detects when the phone is being held horizontally and automatically launches the phone’s camera app.

There is also a side sense button which uses AI to provide convenient access to popular apps, accessible through a double tap on either side of the device.

The Verge noted that aside from the AI features, OLED screen and a slightly bigger battery, there are very little differences from the XZ3 and the Xperia XZ2, which launched at Mobile World Congress this year.

Both devices are powered by a Snapdragon 845 processor, 4GB of RAM, 64GB of internal storage, a fingerprint reader at the back and a curved glass design. The front facing camera has been bumped up to a 13MP sensor, from 5MP.