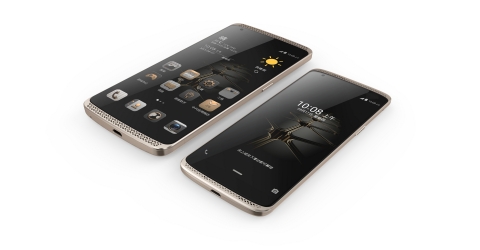 ZTE provided an update on its flagship Axon device line, stating that it “believes we have all the ingredients to become a leading consumer electronics brand globally”.

The company teased its Axon Max large screen smartphone, which also has a large capacity battery, although details were few and far between. But the company also said that its previously-revealed Axon Mini is set for global availability.

The Chinese vendor first unveiled its Axon line in July, with a focus on the US and China markets.

While ZTE has ambitious targets for its smartphone business, the company’s success to date has been driven by lower-cost devices, rather than ZTE’s flagship line.

With the launch of Apple’s iPhone 6s, which includes pressure sensing technology – and Huawei promising the same for a high-spec version of its Mate S – the company said that Axon Mini was “the world’s first smartphone to come with a pressure-sensitive touch screen”.

It will be made available in markets including Hong Kong, Thailand, Singapore, Russia, Japan, India, Australia, France, Germany, Turkey, Spain and Italy as well as China.

It will come in two versions, with guide pricing of €389 for the “Premium Edition” and €329 for standard, although ZTE did not detail what the differences are. Based on other devices in the line, RAM and storage are the likely candidates.

Quoted specifications for Axon Mini are a 5.2-inch full HD screen, and Qualcomm Snapdragon 616 processor with 3GB of RAM and 32GB of ROM. It also has a 13MP rear and 8MP front camera, with fingerprint scanner, voice control and eye-scan.

ZTE also announced more details of its Axon Watch, powered by Tencent OS. The device has a 1.4 inch screen, with 512MB of RAM, 4GB of storage, and Bluetooth 4.1.

The company said it “can be used for both fitness and health monitoring, and supports a range of other applications, from phone calls to messaging, including the popular instant messaging and social medical platforms WeChat and QQ”.