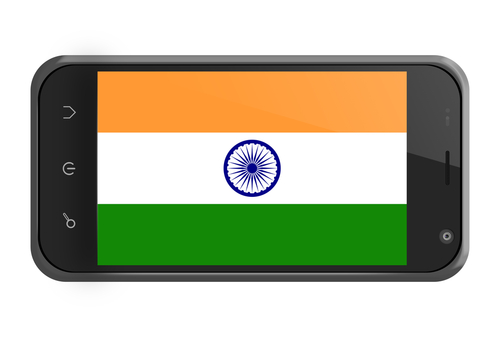 Xiaomi widened its lead over rival Samsung in India’s smartphone market during Q1, taking a 31 per cent share after its shipments jumped 155 per cent year-on-year, data from Canalys showed.

The China-based vendor’s shipments surpassed 9 million units in Q1 2018, compared with just under 7.5 million for Samsung: the South Korea-based vendor’s market share remained at 25 per cent despite increasing shipments 24 per cent year-on-year.

Xiaomi moved ahead of Samsung to become India’s top smartphone brand during Q4 2017.

“Xiaomi is becoming a force to be reckoned with in India,” said Canalys research analyst Ishan Dutt. “Apart from being some of the best value devices on the market, Xiaomi’s smartphones are now available in more places and in larger quantities.”

Its Redmi 5, Redmi 5 Plus and Redmi 5A have been runaway successes, with the Redmi 5A achieving record shipments of 3.5 million, Canalys said. Samsung’s best-selling device, the J7 Nxt, shipped 1.5 million units. 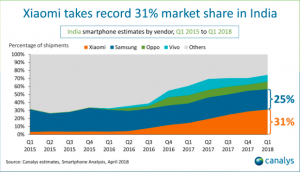 India’s smartphone market continued to consolidate during Q1, with smaller vendors finding it difficult to succeed in the face of Xiaomi’s growing prominence. The top four vendors accounted for about 75 per cent of all smartphone shipments, with Xiaomi and Samsung accounting for 56 per cent (see chart, click to enlarge).

Canalys research manager Rushabh Doshi said India remains a huge investment for any smartphone brand and for smaller vendors such as Gionee and Lenovo, the pressure on profitability forced them to rethink their Indian strategies.

Lenovo’s smartphone shipments in the quarter were just short of 1 million units, down more than 60 per cent from Q1 2017, while Gionee shipped an all-time low of 150,000 units, down 90 per cent year-on-year.