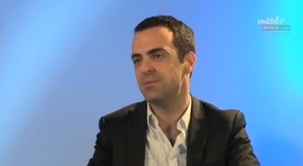 Xiaomi’s global vice president, Hugo Barra, is confident the company will be largely unaffected by a sharp drop in smartphone sales because its profitability is more dependent on smart home devices and its software ecosystem, Reuters reported.

“Basically we’re giving [handsets] to you without making any money… we care about the recurring revenue streams over many years,” Hugo Barra said in an interview.

“We could sell 10 billion smartphones and we wouldn’t make a single dime in profits,” he added.

Its range of home devices include rice cookers as well as air and water purifiers. In April, Vice President Liu De said the firm expects sales of smart home devices to double to CNY10 billion ($1.5 billion) this year.

In August, it was reported that Xiaomi suffered a dismal quarter, with total shipments falling sharply, its market share down and its valuation plunging.

The once fast-rising smartphone maker was valued at $46 billion a year ago and was thought of as the world’s most valuable startup. After Q2 smartphone rankings were released, the company’s current revenue level reportedly valued it at just $3.6 billion.

Xiaomi itself does not release financial information.

The company has invested heavily in India and Southeast Asia and wants to enter the US market with a device capable of roaming on 4G networks, targeting Chinese users traveling to the US, but also preparing for direct sales to US customers.

In January 2017, it plans to launch a product for the first time at the Consumer Electronics Show in Las Vegas.

These steps to enter the US market come as rival LeEco raised $600 million, after it said it had been expanding “too fast” and its capital and resources were not keeping pace, not long after the company launched its first flagship phones in the US.

“There’s no pressing need to do an IPO or even a private round,” said Barra when asked if Xiaomi was concerned about similar issues.

Back in August, Xiaomi defended its performance in its home market, following analyst figures which pointed out it is suffering at the hands of its domestic rivals.

Barra said that “demand has never been as high as it is currently”, while acknowledging the company is seeing a “relatively flat year-on-year trajectory”.