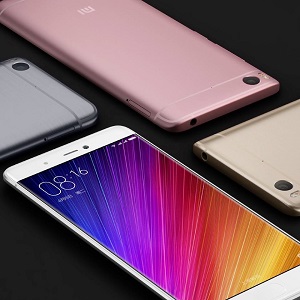 The Chinese vendor has adopted a similar format to Huawei’s P9, which sees a colour sensor paired with monochrome sensor to deliver an image with finer details and less noise. For the Mi 5s Plus, Xiaomi is using 13MP Sony sensors.

While Mi 5s does not have the dual camera set-up of its bigger partner, it is said to have an “ultra light-sensitive camera”. The 12MP Sony sensor is said to be “found only in digital compact cameras”.

As the name suggests, Mi 5s Plus also features a larger screen, at 5.7-inches compared with 5.2-inches for the standard device.

Mi 5s also has a “button free” design, with the fingerprint scanner integrated directly underneath the glass.

The devices are powered by a Qualcomm Snapdragon 821 processor, offering clock speeds of up to 2.35GHz.