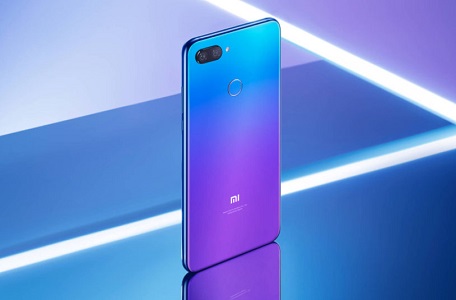 Xiaomi unveiled two new devices in its flagship Mi 8 line and announced availability for the latest version of its MIUI operating system, as its in-user interface advertising practices came in for criticism.

The two new siblings for the existing Mi 8 are Mi 8 Lite (pictured) and Mi 8 Pro, coming in below and above the current smartphone respectively.

Mi 8 Lite
Xiaomi bills Mi 8 Lite as being “perfect for those seeking both a powerful photography and gaming experience on their smartphones”.

As with Mi 8, the rear artificial intelligence (AI)-powered dual camera uses Sony’s IMX363 as its main sensor, with large pixels for higher quality images. But, according to reports, while Mi 8 features dual 12MP cameras, for Mi 8 Lite it is 12MP+5MP (the same as the previously-announced Mi 8 SE).

In terms of the front camera, Mi 8 Lite actually trumps Mi 8, with a 24MP Sony IMX576 sensor in place of a 20MP unit. It offers the ability to combine four pixels into one large pixel to improve clarity, particularly for indoor shots.

While Mi 8 is powered by Qualcomm’s high-end Snapdragon 845 chip, this is replaced by a Snapdragon 660 for Mi 8 Lite, with Xiaomi also touting the processor’s Qualcomm Artificial Intelligence Engine.

Through a partnership with Tencent, it can run the Chinese version of the Arena of Valor game with Vulkan API support, giving a “massive boost in graphics and performance”. Xiaomi also worked with Epic Games to improve the performance of apps built on Unreal Engine.

The vendor said that unlike other in-display fingerprint technology, its implementation only activates the unlocking process once pressure is detected on the screen rather than constantly scanning the display. This is said to be faster and more power efficient.

A transparent titanium edition of the device will be available, with the same see-through design as Mi 8 Explorer Edition.

UI complaint
The Verge said Xiaomi had attracted criticism for aggressive advertising throughout its MIUI platform. Users noted ads had even begun to appear in the settings menu.

In a statement, the company said advertising “has been and will continue to be an integral part of Xiaomi’s services”. It has already said it will cap its hardware profit margin, meaning it needs to look further afield to boost profitability.

Xiaomi will next week release a stable version of MIUI 10, the latest version of the interface. The company said it is “designed for [a] full screen experience”, and includes system optimisations which boost responsiveness by 10 per cent.

Another update is the addition of AI portrait photo support for single-lens cameras.