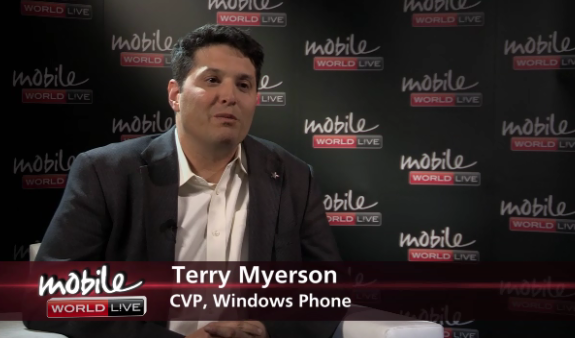 Terry Myerson, corporate VP for Windows Phone at Microsoft, again took a swipe at rivals Apple and Google, questioning if iOS is “getting boring” and branding Android “kind of a mess”.

Speaking at the D:Dive into Mobile event this week, the comments made were very similar to those made by Myerson in an interview with Mobile World Live earlier this year.

The executive criticised Apple, saying: “I sense a lack of urgency. When iOS 5 came out, there was a fifth row of icons and not much else. Are they running out of steam, is iOS getting boring?”

He then switched his attention to Google, noting: “Android, you know, it’s kind of a mess. With Samsung, there’s clearly mutiny in Starship Android. 60 per cent of the non-China Android is Samsung, the only OEM making any money off Android is Samsung, and with Chrome and Android coming together, Chrome does not have the flexibility that Android has.”

At the event Eric Schmidt, executive chairman of Google, specifically addressed the relationship with Samsung, stating that “I don’t think you are going to see much of a change there”, while also playing down speculation about the convergence of Chrome and Android under new head Sundar Pichai.

“I would be careful about confusing organisation design and product design,” the Google chief said.