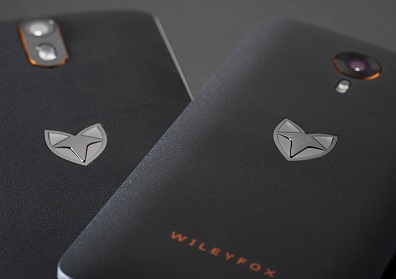 Wileyfox delayed the launch of its Windows 10 Mobile powered handset by two weeks from an original 4 December launch date.

An Amazon UK listing for the Wileyfox Pro, first unveiled at IFA 2017 earlier this year, was updated to show availability from 18 December rather than the original early December date. Consumers can place orders for the unit, which is priced £189.99.

WindowsCentral pointed out the Alcatel IDOL 4 Pro, also powered by Windows, suffered a similar delay a day before release in July.

The website suggested Windows manufacturers could be having trouble getting the devices into the UK for sale, or demand was too low for there to be a real rush to release.

It has indeed been an interesting year for Wileyfox, following the departures of co-founders Nick Muir and Victoria Denham from their respective positions as CEO and CMO of the UK-based challenger smartphone manufacturer.

Muir and Denham founded Wileyfox in 2015, with the company outlining plans to emulate the strategies of Asian challenger brands including Xiaomi and OnePlus by offering an alternative to the major manufacturers.

Microsoft in October all but confirmed it was pulling the plug on its Windows 10 Mobile platform. However, the company said it will support the platform until mid-2020, including providing new security updates.