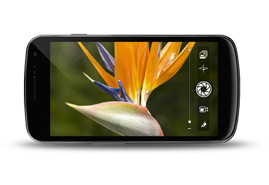 Vodafone Group became the latest member of the Ubuntu Carrier Advisor Group, although there has been no further detail on when smartphones powered by the platform will reach the market.

According to a statement from Ubuntu: “Vodafone Group will join national and multi-national carriers in decisions that influence the development of Ubuntu for smartphones.”

The first smartphone powered by the platform was initially slated for release late in 2013, which did not happen.

And a recent report suggests that the Ubuntu operating system is unlikely to be used by a top-tier vendor until 2015.

In December, Mark Shuttleworth, founder of Canonical, the company behind the Ubuntu commercial proposition, said that the company had signed the first deals which will see the platform launched in devices.

Announced last year, the Ubuntu Carrier Advisory Group is designed to enable operators to input into the development of the platform.

Its membership includes some significant players, including China Unicom and Verizon Wireless.

Interestingly, the Ubuntu Carrier Advisory Group webpage also features the logo of 3 Group, the Hutchison Whampoa-owned international group, although no statement has been made with regard to this relationship.