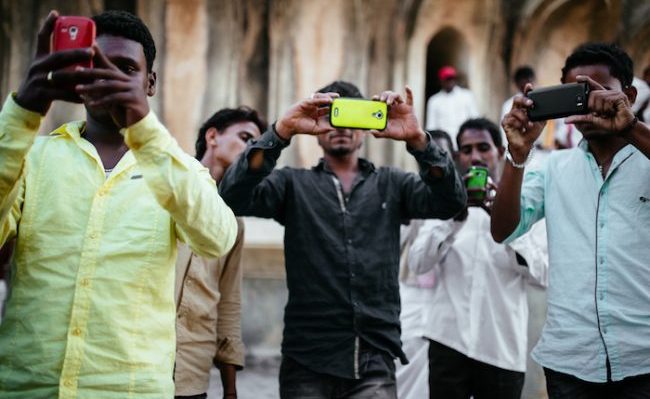 The once hot India smartphone market cooled in the first quarter of the year, however China-based Vivo managed to more than double shipments year-on-year and move into third place ahead of rival Oppo, Canalys figures showed. 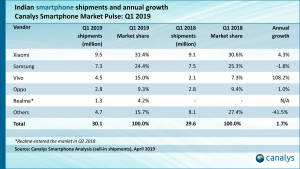 “Vivo has made several shrewd marketing investments, which also include signing internationally popular Bollywood actor Aamir Khan as its brand ambassador. But it faces an intense battle in 2019, as Oppo’s Cricket World Cup sponsorship and Samsung’s fresh offensive with the new M series threaten to stifle momentum,” he explained.

Total shipments in the January-March quarter rose just 1.7 per cent to 30.1 million units.

Xiaomi held onto its lead but increased shipments just 4 per cent. Samsung was second for a sixth consecutive quarter and was the only vendor in the top five to see shipments decline.

Realme, an Oppo spinoff, surprisingly moved into fifth, with shipments reaching 1.3 million units. It has operated in India only since Q2 2018.