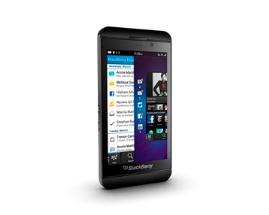 The main US operators are gearing up to offer devices powered by BlackBerry 10, marking the debut of smartphones powered by the platform in what has traditionally been a strong market.

AT&T has begun pre-sales of the Z10, pricing it at $199.99 with a two-year contract. The company said that it will be generally available for all customers from 22 March.

Verizon Wireless will also offer the Z10, again priced at $199.99 with a two year contract, additionally offering an “exclusive” white version of the smartphone.

Verizon said it will subsequently offer the QWERTY Q10 device, although availability details of this have not been confirmed – BlackBerry itself has not provided any Q10 release information.

And T-Mobile USA has also begun taking pre-orders on the Z10, only in this case priced at $249.99 with two-year plan.

The only outlier is Sprint, which is apparently not offering the Z10 at all, and will initially launch the Q10 at an unspecified point later in 2013.

However, AllThingsD this week reported that Sprint will offer an all-touch BlackBerry later this year and, rather than being a Z10, it will offer a “follow-on” device.

Citing a “source familiar with the situation”, the publication did not detail how it will differ from the current unit.

Chinese vendors tipped to use 5G to boost US presence