Under Armour learns from “robust community of data” 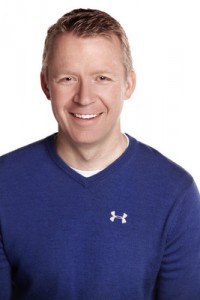 In light of the controversy over the accuracy of Fitbit’s heart rate monitor, Under Armour’s (UA) chief digital officer, Robin Thurston, said his company “doesn’t claim to be more or less accurate than others on the market”.

However, with more than a decade of workout tracking and food logging, he believes Under Armour has “years of experience and a robust community of data to learn from”.

“In terms of accuracy, every device and app uses a different calibration and mechanism for data tracking, and UA has hundreds of people testing its products before they are market-ready,” he added.

Thurston, who spoke on Wearables for Wellness and Lifestyle on Wednesday, said UA is constantly delivering refinements to make the data more consistent and accurate.

According to him, UA’s teams “know the difference between accuracy and precision – instead of comparing stats against others, we are comparing against ourselves – with the goal of providing the most precise and consistent information every time.”

The company has no qualms about the fact that it is just getting started and “firmly believes” it is in the early stages of providing the global community of athletes with tailored information, coaching, and inspiration to lead a healthier life.

He also said “the first handshake a consumer has with the brand will be a digital one” and UA Record, a health and fitness network, will be the foundation of UA’s connected fitness.