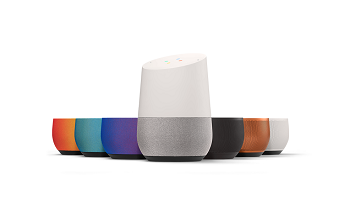 Google Home will be rolled out in the UK next week, in a move that steps up global competition with rival smart assistant speaker Amazon Echo.

The launch marks the first time the speaker hub, which allows users to have a conversation with Google Assistant, will be launched outside the US where it made its debut in November 2016.

Suveer Kothari, director for product partnerships and planning at Google Hardware, talked up the benefits of Google Home in a blog post announcing the launch, which is set for 6 April.

He said the device, which uses artificial intelligence (AI) technology, is able to answer general queries, play music, help with translations and calculations, and control smart devices in the home

“A combination of our natural language processing, machine learning and voice recognition expertise allow users to interact naturally with the Assistant on Google Home,” he said.

The company said it had also “hidden a few British treats”, which will be revealed by asking Google Home about its hobbies or favourite foods.

It will go on sale at a starting price of £129 in a number of retailers, and will also be coming soon to UK operator EE.

Google Wi-Fi
Alongside the launch of Google Home, Google also said it was introducing Google Wi-Fi to the UK.

The company’s Wi-Fi system is “a connected system that replaces your current router to bring smarts, security and simplicity to home Wi-Fi”, added Kothari.

Wi-Fi access can be controlled using a dedicated app, and the router uses mesh technology Kothari said is more typical of a commercial set-up to create different Wi-Fi points which “work together to determine the best path for your data.”