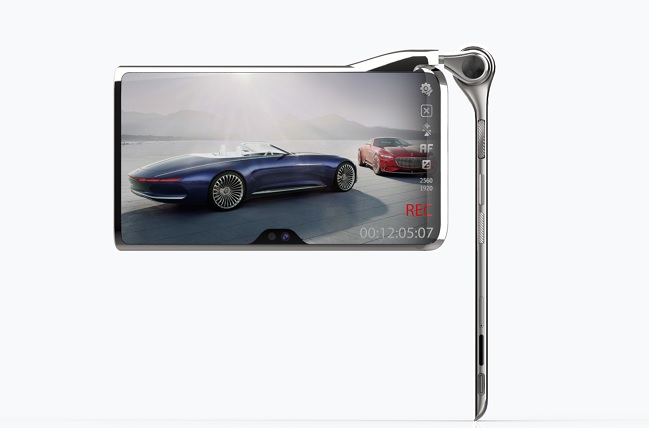 Turing Robotic Industries reappeared in a new form – Turing Space Industries – with another new smartphone, although based on its previous form and the specifications of the new device, it will be interesting to see if it can deliver.

The company’s most recent device, Appassionato, was said to be “the world’s first mass-produced Liquidmorphium smartphone”, and came with an artificial intelligence (AI)-powered assistant called Sir Alan. The company inked a deal with TCL to bring it to market, but it was subsequently revealed the company had “temporarily suspended” its manufacturing plans.

In 2016, the company said it had begun shipping a secure device touted as “the world’s first liquid metal smartphone”, although it was hardly a common sight.

Now, the company is touting HubblePhone, a “futuristic device with an advanced vision system and the perfect blending of four products: a revolutionary multi-screen smartphone, a 5G communication device, a professional grade camera with advanced image and HD video editing software, and a mobile gaming console”.

As if this wasn’t enough, AI is also used to enable users to control the device via voice or lip reading, “which entirely reinvents how a smartphone will be utilised”.

Old and new
The futuristic device features the return of two old-school smartphone staples: a clamshell body (with upper body which can by turned in multiple directions); and programmable scroll wheel. Images also show a curved screen.

It is powered by an Android-based platform called Keplerian OS.

Turing has Foxconn onboard as a partner, and HubblePhone will use processors and 5G technology from Qualcomm. It is targeting a “Q1 2020 official worldwide release”, although launch dates of June 2020 were given for the US, August 2020 for Europe, September 2020 for China and December 2020 for the “rest of the world”.