Turing Robotic Industries (TRI) shipped what it described as “the world’s first liquid-metal smartphones”, with the Sailfish-powered device reaching customers this month. 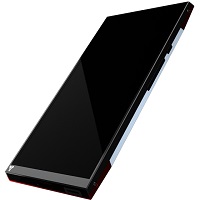 Describing itself as “the trustworthy mobile device company”, TRI said the device is made of a “proprietary liquid-metal that is tougher than titanium and steel”. The Turing Phone is apparently more resilient than any other smartphone on the market.

Syl Chao, CEO of TRI, said: “Over the past year, we optimised the Turing Phone to achieve the highest levels of durability ever offered in a mobile device. We experienced more than a few challenges, but we wanted the phone to be perfect, and we’re glad we waited to deliver a product in which we have total confidence.”

The company said the device also offers “unparalleled privacy through a security system inspired by Alan Turing’s work in cryptography”. It is said to be the first that uses offline encryption-key distribution infrastructure to verify and authenticate the identity of other phones without a third party.

During the process, TRI shifted from Android to Sailfish.

“We work with Jolla and other security software firms to make Sailfish OS more secure. Until smartphones address fundamental privacy and security concerns, we can’t see the Internet of Things flourishing. Even with the trust mechanisms we’ve developed, Android presented too much of a risk,” said Chao.