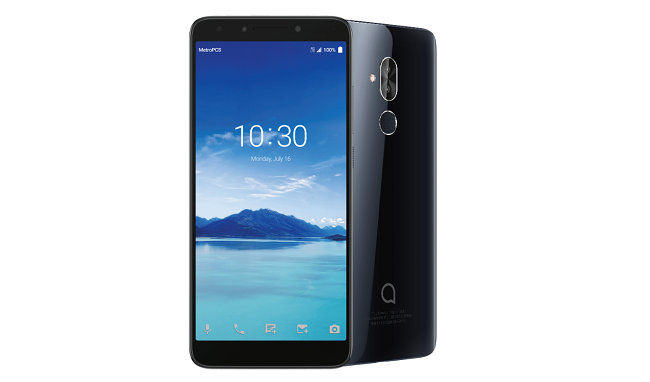 TCL Communication marched on with the rollout of its revamped budget smartphone line, launching a previously unannounced Alcatel model for T-Mobile US’ prepaid brand MetroPCS.

The Alcatel 7 is the latest in a roster of newly released devices this year, which also includes phones in its 1, 3 and 5 series.

Like its predecessors, the Alcatel 7 aims to put premium features in an affordable package: it sports a 6-inch screen with an 18:9 ratio; dual 12MP and 2MP rear cameras; an 8MP front camera; face unlock technology; and a fingerprint sensor.

Interior specifications including a MediaTek Helio P23 (MT6763T) octa-core processor, 2GB of RAM and 32GB of storage are less impressive, but the device does include the same 4000mAh battery capacity found in Samsung’s new Note 9 flagship.

Also of note is the phone’s compatibility with the 600MHz band, meaning users will benefit from T-Mobile’s low-band network build out.

TCL Communication said the device will retail for $179.99, but be available for $130 to users switching to Metro PCS.