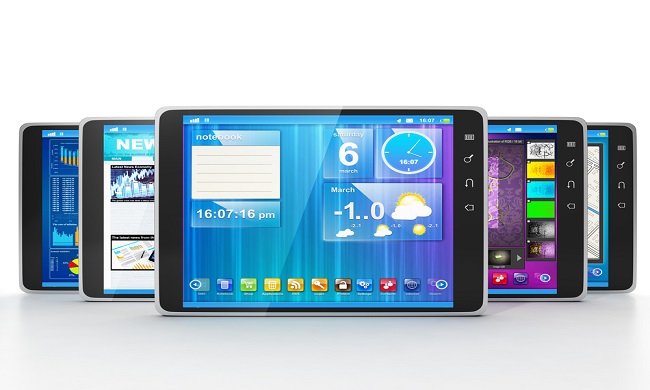 Sales in the tablet market will return to growth in 2016, according to a new report from Strategy Analytics, which forecasts a reversal in fortunes for the segment.

The research company said there is “immense opportunity” in the market for new and replacement sales of tablets, which could lead to the reversal of a 4 per cent decline in shipments in 2015, and fuel a rise to 7 per cent growth in 2016. 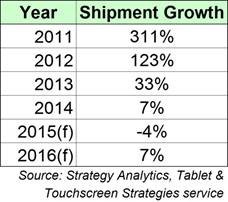 Strategy Analytics indicated 700 million devices in the PC and tablet space are set to reach beyond the midpoint of their life cycles this year, and the developments made by companies like Apple, Microsoft and Samsung to “redefine the tablet will bear fruit in 2016”.

The research company said these vendors, including HP, have also been seeking out new opportunities for the tablet outside of the consumer market, with an increased focus on partnerships around the enterprise space.

This year represents the first year tablet shipments has seen a decline, after early years of fast growth, and the research company said “hundreds of millions of tablets will rapidly need upgrades due to old age in the next one to four years”.

Peter King, research director – tablet & touchscreen strategies at the company, said the lengthy replacement cycles for both tablets and PCs means 2-in-1 detachable tablets can now also compete for consumer spend of both products, because they’ve become affordable enough.

“A household could settle on a 2-in-1 tablet for casual use, which can also transform into a dockable mini workstation when needed for more intensive activities,” he said.

“The existence of the 11 inch or more tablet screen size category is a great example of the expanding feature set and usage model of the tablet as it plays into prosumer and enterprise segments due to cost and functionality.”