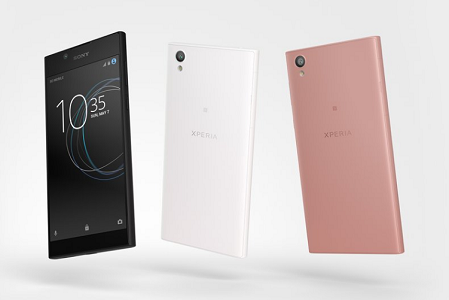 Sony announced a new mid-tier smartphone, Xperia L1, which it said offers “a large 5.5-inch HD display and fluid performance, all at an accessible price point”.

The device has a workmanlike feature set: the display is 720p HD; it is powered by a quadcore 1.5GHz MediaTek chip; features 2GB of RAM and 16GB of onboard storage (with microSD slot). It sports a 13MP main and 5MP front cameras.

Xperia L1 features Sony’s Xperia Actions engine, to “responsively adapt device settings and functionality to your surroundings.” It also offers a ‘Smart Cleaner’, which works in the background to ensure maximum power is available at all times – removing unused processes and cached data.

The smartphone is said to have a recognisable Sony design, with a seamless rounded frame.

Xperia L1 launches across “select markets” in Europe, Middle East and Africa, Asia, North America and Latin America from late April 2017. It will be available in black and white, with a pink version for some markets.