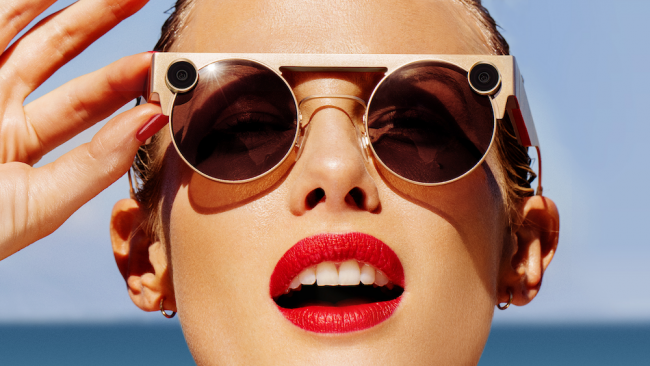 Snap unveiled the latest version of its smart sunglasses, Spectacles 3, which have been built with a dual-camera system and aim to enhance the company’s AR features.

In a statement, Snap said the new smart glasses would feature two HD cameras on either side of the frame, capturing “depth and dimension the way your eyes do”, while powering new creative AR tools to enhance content for social media app Snapchat.

Spectacles 3 is the third-generation of Snap’s smart glasses play, which has struggled since launch in 2016.

A year after launch, the company wrote down $40 million due to unsold glasses.

Limited edition
Arguably as a way to limit risk, Snap will release Spectacles 3 as a limited edition, with fewer units produced at a cost of $380 each. This represents an uplift of more than $200 apiece than previous versions.

The smart glasses enable users to record content and upload directly to Snapchat, as well as add lighting, landscapes and 3D effects to videos and pictures.

Snap has pushed AR features heavily recently, adding new AR Lenses in April as part of a broader overhaul of the Android version of its app, which helped it attract between 7 million and 9 million new and lapsed users in Q2 2019.

In a bid to invest further in AR, content and possible acquisitions, the company said last week it would raise $1.1 billion in debt.