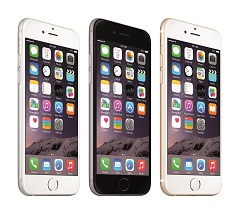 Asia’s smartphone market continued to grow at a brisk rate in Q3, but the 24 per cent growth from a year ago was slower than in 2013 due to a cooling in the China market.

The Asian smartphone market (excluding Japan) was up 6 per cent from Q2, according to IDC.

While China’s growth was just 1 per cent quarter-on-quarter, the Indian market expanded 28 per cent to 23 million units from Q3 2013. Growth from the major markets in Southeast Asia – Thailand, the Philippines and Indonesia – was even faster, almost doubling to 23 million units.

Samsung remained the top maker in the APAC market, but its market share dropped from 25 per cent to 16 per cent. Xiaomi was number 2 with a 10.4 per cent share, followed by Lenovo (9 per cent), Huawei (6.6 per cent) and Oppo (5.7 per cent). Samsung shipped 20 per cent fewer handsets than a year ago, while Xiaomi’s output jumped 210 per cent, allowing it to more than double its share. Both Lenovo and Huawei’s shares were fairly stable.

In India, Micromax extended its lead and had a 20 per cent share of the country’s smartphone domestic market during the quarter. In Southeast Asia, global vendors’ share fell from 62 per cent a year ago to 43 per cent. The gains by local and Chinese vendors were in the sub-$100 and $100-200 categories.

For the full-year IDC forecasts smartphone shipments in the region to increase 28.5 per cent to 642 million units. Emerging market shipments, which will account for more than 90 per cent of output in the region, are expected to grow 32 per cent, while growth in mature markets will slow to less than 1 per cent.

IDC expects phablets, which now account for 16 per cent of shipments, to have a 34 per cent share in 2018.