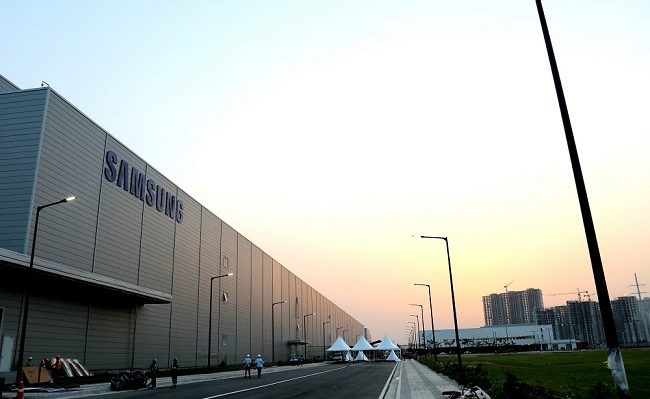 Samsung kicked off operations at a sprawling new manufacturing facility in northern India, a move aimed at doubling handset production and securing a top position in the world’s second-largest smartphone market.

The company said the 129,000 square metre plant, an expansion of its existing factory in Noida which it announced in June 2017, will help it ramp device production to 120 million units by 2020 from around 67 million currently. Samsung claimed the site is the largest mobile phone manufacturing plant in the world.

IDC associate research manager Jaipal Singh noted in a LinkedIn post the production boost in India will help Samsung cater to local demand and gain a time-to-market advantage over rivals relying on China facilities for R&D or component production.

But Samsung will also use the facility as a means to meet global smartphone demand. Indian Prime Minister Narendra Modi said during a ribbon cutting ceremony around 30 per cent of devices produced at the factory will be exported.

Competition
The move comes as Samsung battles Xiaomi, Apple and others for dominance in the world’s second largest smartphone market. Xiaomi unseated Samsung as the top smartphone vendor in India in Q4 2017 and remained in the lead in Q1 2018 with 31 per cent market share compared with Samsung’s 25 per cent, data from research company Canalys showed.

In April 2018, Xiaomi revealed plans to open three new manufacturing plants in the country alongside Foxconn, while Apple in May 2017 confirmed it started production of its budget-friendly iPhone SE at a facility in the Indian city of Bengaluru.