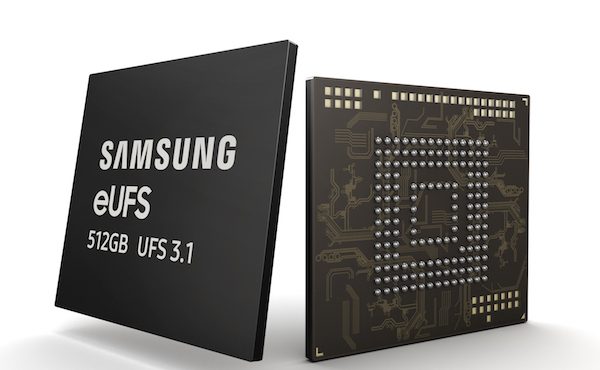 Samsung kicked off mass-production of a 512GB flash storage unit, delivering a write speed three-times greater than the previous version at more than 1.2GB/s and paving the way to meet the memory requirements of forthcoming flagship smartphones.

The 512GM embedded universal flash storage (eUFS) 3.1 memory, designed for premium devices to be launched later in the year, offers significantly faster data transfer times, taking about one and-a-half minutes to move 100GB of data compared with more than four minutes with eUFS 3.0, the company said in a statement.

Cheol Choi, EVP of memory sales and marketing, said with the introduction of the industry’s fastest mobile storage, smartphone users won’t have to worry about the bottleneck they face with conventional cards.

Its eUFS lineup also is available in 256GB and 128GB capacities.

Last month, Samsung announced it started mass-production of what it said is the industry’s first 16GB mobile DRAM chipset, with a data transfer rate of 5.5Gb/s.