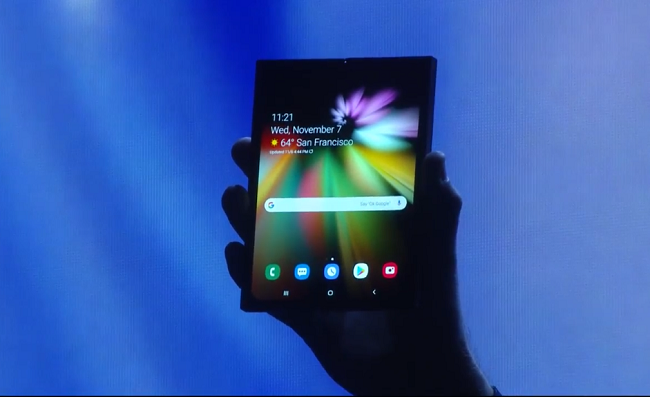 Speaking at the TechCrunch Disrupt conference in Berlin, the executive said: “There’s a million people that want to use this product at $2,000”. He also explained Samsung releases products to gain input to then refine a device, referring to backlash the model received.

The $1,980 Fold was unveiled in February to much fanfare, but soon after multiple reviewers discovered major flaws such as a protective film which, when removed, causes the Fold to malfunction. Others reported the hinge was not durable and the screen flickered.

These flaws pushed Samsung to reboot the Fold and delay the original April release to September. Once launched Samsung suggested careful use of the Fold providing user instructions on how to handle the device.

Samsung is reportedly planning to almost double the number of countries the Fold is available in by early 2020 and announced plans are in motion for a second foldable device.

Samsung showcases next foldable at Oscars