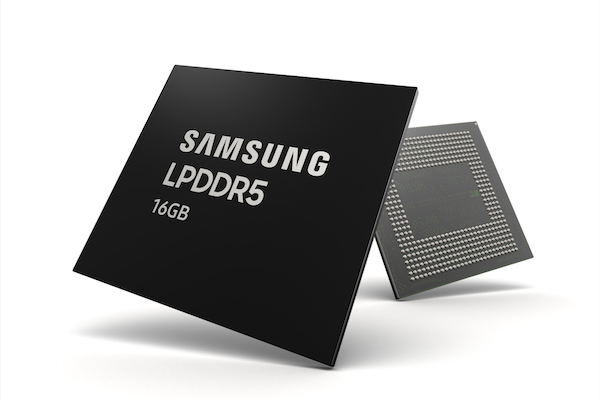 Samsung commenced mass-production of what it claimed is the industry’s first 16GB mobile DRAM chipset, with a data transfer rate of 5.5Gb/s.

The 16GB LPDDR5 consists of eight 12GB chips and four 8GB chips and is targeted at the high-end smartphone market. The company reportedly is using the chipset in its new Galaxy S20 flagship models.

In a statement, Samsung explained the LPDDR5 is being produced at its Pyeongtaek site in South Korea using a second-generation 10nm production technique. It plans to introduce a third-generation of the manufacturing process in the second half of this year, also at 10nm, which will deliver a chip capable of transferring data at 6.4Gb/s.

Mass-production of a 12GB version of the chip started in July 2019.

Earlier in the month, US-based Micron announced its first LPDDR5 DRAM was in mass-production and shipping to customers. The chip is available in 6GB, 8GB and 12GB packages.