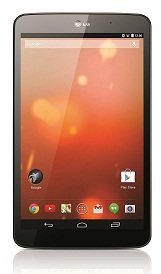 Google is reportedly set for “a major effort to spur development of premium Android smartphones and re-assert control over the Android ecosystem”, The Information said.

Apparently, the search giant will shift away from its own Nexus device line, and will instead launch a programme called Silver, “under which manufacturers and wireless carriers will effectively be paid to produce and sell high-end devices that closely adhere to Google’s specifications”.

This would be an extension to its current “Play Edition” efforts, which sees devices from vendors including HTC, LG, Samsung and Sony offered without manufacturer customisation.

It has been suggested that Google will provide financial incentives to vendors to support its programme, with reports of a $1 billion marketing effort to support it.

The big question is the extent to which vendors will support Silver. Currently, Play Edition devices require a relatively low commitment, being variants of existing flagship devices.

But the same devices are also being offered with full manufacturer customisations through more channels, with Play Edition being something of a sideshow.

Indeed, while Google is looking to address issues such as fragmentation among high-end devices, there is also the argument that it is looking to limit differentiation between vendors – effectively removing software as a way to make flagship smartphones stand-out.

With little in the way of hardware differentiation among high-end devices (largely because smartphones already feature incredibly powerful technology, sourced from a limited pool of suppliers), vendors such as Samsung and Sony have invested heavily in bolstering their software and content propositions in order to stand out from the crowd.

But the potential of financial support may prove appealing to many vendors such as HTC, which are struggling to assert themselves and do not have the deep pockets of rivals.