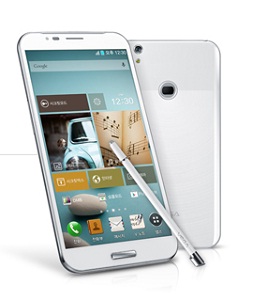 Troubled South Korean device maker Pantech is reportedly mulling a move into the machine-to-machine market, as it also put itself up for sale.

According to Yonhap News Agency, the company is looking to M2M as a “new growth engine”, as its core smartphone business struggles. It has dipped its toe in the water previously by supplying wireless modules to a security unit of Samsung and is involved in public transport initiatives, but is now “establishing business partnerships in finance, food and healthcare firms”.

The report also said that Pantech is looking at the Japanese market, which is much more developed in terms of M2M applications, and is considering opportunities in Europe and the US.

Late last week, a plan was approved by the South Korean authorities to sell Pantech, which is currently in receivership. The decision to sell comes from the fact that the company is believed to be worth around twice as much as a going concern than if broken-up.

What is less clear is who would want to buy a struggling device maker with only limited geographic presence. Operator SK Telecom has been mooted as an option, as have other companies from the country including Samsung and LG Electronics – although these two need little additional help from Pantech.

Another option is a foreign player – although India’s Micromax is already reported to have taken a look, and decided not to make an offer. Other mooted names include Lenovo, Huawei and Xiaomi.

The main benefit for a foreign player would be Pantech’s presence in the South Korean market, which has proved notably tough for a number of overseas players to crack. But with Samsung and LG already on the case, and the waning of Pantech’s influence at least partially responsible for its current predicament, it is not totally clear what the value of this would be.

Recent reports said that Pantech’s ongoing viability depends on securing continued orders from mobile operators, who are reluctant to purchase due to the amount of inventory still sitting in warehouses.

CNet said that bidders have until 7 October to make their interest known.