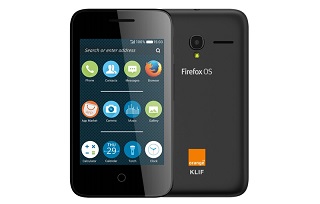 Orange launched its first Firefox OS devices in Africa, with sales beginning in Senegal and Madagascar, as part of a strategy to drive mobile internet growth across Africa and the Middle East.

According to a statement from Mozilla, the company behind Firefox OS, the operator will launch the Orange Klif device in more markets in the coming weeks.

“I’m thrilled to see how the imminent arrival of Firefox OS has created excitement in the local Mozilla communities,” Andreas Gal, CTO of Mozilla, said.

At Mobile World Congress in March, Orange announced its Klif digital offer, which bundles the smartphone with data, voice and text, with prices starting “under $40”.

“Although the smartphone revolution is well under way across the African continent, there remains a proportion of the population that so far has been underserved, not just because of the costs of the handsets, but because of concerns about data costs,” Yves Maitre, EVP of connected objects and partnerships for the operator, said.

Firefox OS devices are already available in South Africa, where Orange doesn’t have a significant presence, through operator MTN.