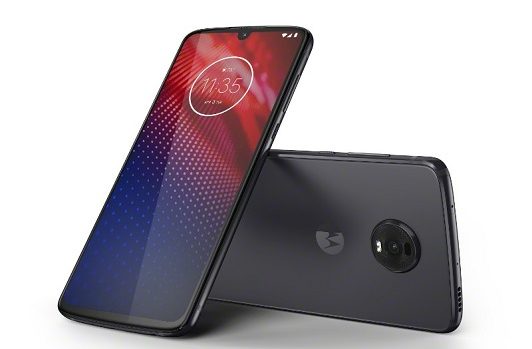 Motorola unveiled its Z4 smartphone, the latest in its line of devices compatible with Mod add-ons, which includes a 5G module.

The mid-tier device sees a number of updates over the Z3 launched in 2018. Screen size has increased to 6.4-inches from 6.0-inches and it also includes an in-display fingerprint sensor; onboard storage is up from 64GB to 128GB; and battery capacity is now 3600mAh compared with 3000mAh.

Motorola also gave the cameras a significant upgrade: Z4 sports a 48MP sensor which uses Quad Pixel technology to give a 12MP output, coupled with a 25MP front sensor which also has a Quad Pixel option with 6.25MP output. In comparison, Z3 had 12MP main and 8MP front facing cameras.

Other changes include the use of a Qualcomm Snapdragon 675 processor in place of the Snapdragon 835 used previously, which although from a higher tier, was not the chipmaker’s highest performer at the time.

In addition to the 5G Mod, the company also highlighted a 360-degree camera, smart speaker with Alexa, and game pad options.

The device will be priced at $499. Promotional deals will be available through operator Verizon, which will also be selling the 5G Mod.

It will also be available in Canada in the near future: availability for other markets was not stated.