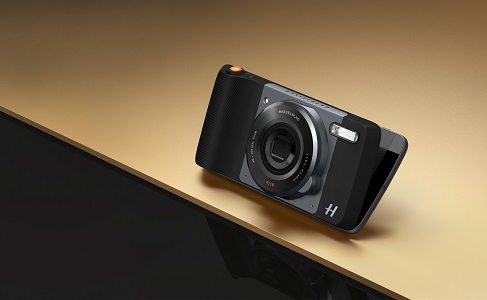 LIVE FROM IFA 2016, BERLIN: Lenovo used its press conference to unveil some updates to its Motorola-branded product line, as well as a new 2-in-1 device with innovative UI features.

From Motorola, a new smartphone has been added to the Moto Z family, called Moto Z Play. The headline feature is battery life: it is said to offer up to 50 hours of use, the longest for a Moto device ever. 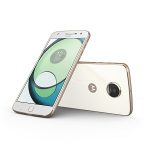 It has a 5.5-inch full HD display, and will be available in Europe soon, priced around €499. In the US, it will initially be available through Motorola and operator Verizon in a Droid Edition, before seeing a wider launch in October.

At Lenovo’s Tech World event earlier this year, it unveiled its “Mods” concept, where peripherals can be clipped to the device to improve its capabilities in specific areas. With projector, speaker and battery Mods already available, Motorola has now produced a high-end camera mod in partnership with “legendary photography brand” Hasselblad.

The company said the add-on “makes advanced imaging experiences like 10x optical zoom and shooting RAW a reality on mobile”.

The Hasselblad True Zoom will be available globally in September, with pricing around €299.

Yoga Book
The star of the show at Lenovo’s press event was Yoga Book, a 2-in-1 device which it said introduces “never-been-seen-before features such as an instant halo keyboard and a dual-use stylus that writes on paper and on screen”. 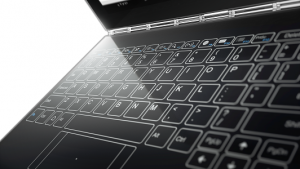 The device has two panels which “open up like an ultrathin notebook”, although the device is still slimline, measuring 9.6mm when closed. One offers the halo keyboard, a backlit touch keyboard which “weaves software and hardware into one fluid interface”.

Yoga Book will be available in two versions: Android (€499) and Window (€599), although there may be some variation by market. Availability begins soon.

With less fanfare, the company also debuted Yoga Tab 3 Plus, a 10.1-inch 2K-screen tablet targeting entertainment-focused users. Priced at €299, availability is from November.