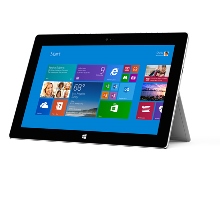 Microsoft saw a strong growth in sales of its troubled Surface tablet line, although the ongoing woes of the Nokia Devices & Services unit it is in the process of buying indicates it is still facing tough times in mobile devices.

According to the company’s quarterly results to 31 December 2013, Surface revenue more than doubled sequentially to $893 million from $400 million. In a conference call, the company cited “improved execution at retail and favourable reviews of the new Surface devices”.

It noted that unit shipments also more than doubled quarter-on-quarter.

However, the company did not discuss the relative performances of its Surface tablets powered by Windows RT, a stripped-down Windows platform that is incompatible with existing apps, and devices running the full Windows 8.1 operating system.

Either way, it is a welcome improvement on the earlier part of 2013, which saw Microsoft taking a charge of $900 million related to Surface in RT guise, following lacklustre consumer demand. The company made $853 million in Surface sales in the year to 30 June 2013 (although devices were not available for the full 12 months).

Of course, the increased sales still does not mean Microsoft is near profitability with the Surface line, but Amy Hood, CFO of the company, said “I think we’ve made a big leap from version one to version two”.

Unsurprisingly, Microsoft did not discuss the performance of Nokia’s Devices & Services unit (it is set to close its acquisition this quarter), which has shown signs of a slowing of momentum in its smartphone business.

Nokia yesterday said that Smart Devices net sales had declined sequentially from Q3 to Q4, with the latter period including the bumper Christmas holiday sales period.

Hood said: “We did see growth in Windows Phone, both in the licensing and in the mobile phone IP revenue. Both grew this quarter.”

Steve Ballmer, CEO, said: “Our Commercial segment continues to outpace the overall market, and our Devices and Consumer segment had a great holiday quarter.”