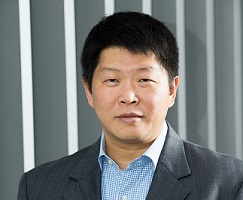 David Ku, CFO of MediaTek, took the opportunity to fight the corner of local device brands on the global stage, as companies out of China and India continue to grow their shares of the global smartphone market on the back of sales in their home countries.

Speaking at the MediaTek Executive Forum in London today, the executive (pictured) said: “Somehow, people outside this region, because they don’t know these brands, have a negative feeling, talking about copycats or whatever. Most of the brands we talk about here, they may be small, they may be local and regional and not global yet, but that doesn’t mean they are bad brands,” he said.

“You have boutique brands in Europe, maybe people in Asia don’t know them, but that doesn’t make that a bad brand.”

Companies such as Xiaomi from China and Karbonn, Micromax and Spice in India are winning market share from their more established rivals, with the latter group also coming more into the spotlight through Google’s Android One project – designed to drive smartphone growth in emerging markets.

Ku used Micromax as an example: “They are a very strong local brand and for us they are a very loyal customer. We work with them closely to gain market share in India. People in India love these phones, they are beautiful phones, with very good spec, very good price.”

MediaTek is also involved in Android One, which while initially targeting India has been broadened to include other Asian markets.

Jeffery Ju, general manager of the wireless communication business unit at MediaTek, observed: “The concept is very simple. Google has the most comprehensive internet services. And MediaTek can deliver the very cost-effective, affordable, good performance hardware base to emerging countries’ users. It’s a perfect match”.

But while talking up its potential in bringing the next billion online, the MediaTek finance head was also keen to note the company’s international credentials.

“Yes, we are doing well in emerging markets, we are very strong, we can help everyone connect the next one billion, but at the same time we already have a global presence, from an operational and customer perspective,” Ku said.

Among its recent high-profile wins is Amazon, which is using MediaTek chips in its Fire tablet devices.

As part of its expansion beyond Asia, MediaTek announced a new office in Oulu, Finland, focused on developing modem technology for next-generation smart devices.

Indeed, this morning Johan Lodenius, CMO of the company, observed: “We are the biggest semiconductor developer in Scandinavia and the Nordics, now that Ericsson has shut down. We’ve basically taken on Nokia, Broadcom and other expertise up there.”

The company has also recently opened new offices in San Diego and Bangalore (India), and increased investment in its Singapore R&D centre.