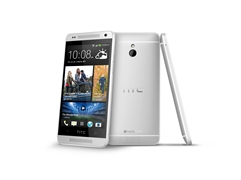 HTC’s falling share price may make the company more attractive to potential buyers, although so far there has been little sign that the ailing smartphone maker’s current owners are looking to offload.

Hit by falling sales of devices and a fierce competitive environment which is seeing HTC (and others) squeezed on all sides, the company is forecasting a loss for the current quarter. However, despite its well-documented struggles, it has managed to remain in the black until now.

According to Bloomberg, HTC’s $4.2 billion valuation could make it attractive to players such as Huawei, Lenovo, and ZTE, “to help them gain technological know-how and a still well-regarded and recognised brand”.

Indeed, the company’s flagship One device, unveiled in February this year, is extremely well regarded – but did not reach the market long enough before it was overshadowed by Samsung’s Galaxy S4.

But the handset business is very much a game of scale, and falling unit sales have seen it with an increased amount of older devices in the channel, while it has also become a less important customer for component suppliers.

According to Pierre Ferragu, a Sanford C Bernstein & Co analyst, the company could be an attractive target for “a company with more scale but less product development expertise and weak branding position”.

Bloomberg said that Cher Wang, chairwoman of HTC, and her family still hold a stake in HTC and may not favour a takeover as long as the company still has cash to keep its business going – and one quarter of losses is hardly the end of the world for the vendor.

Huawei and ZTE were seen as potential buyers because although both have growing device businesses, HTC would improve their positioning in the premium device segment.

Lenovo is also ambitious and is growing its own-brand business significantly, and has previously been linked with deals to acquire BlackBerry and the smartphone unit of NEC – although neither of these came to fruition.