LG holds off on G7 launch 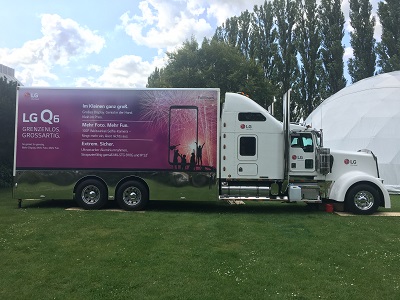 LG Electronics is reported to have delayed the launch of its next flagship smartphone after management ordered a revision of the device.

It had been expected – although not confirmed – the device would make its debut at Mobile World Congress 2018 in February alongside new flagships from Samsung and Huawei. However, The Investor said the decision was taken to “review the new product from scratch”, citing a company source.

It was suggested LG had not been able to find a strong selling point for G7: the device was expected to feature an edge-to-edge screen and front-facing dual camera.

Comments made by Jo Seong-jin, CEO of LG Electronics, at CES 2018 earlier this month, indicated the company would release new devices “when it is needed”, rather than sticking with a regular schedule. In addition to a G series launch in the first half of the year, LG typically also launches a V series smartphone in H2, giving it a twice-a-year flagship launch schedule.

It was also mooted it may rebrand its high-end phones.

Of course, while LG’s flagships have often been well received and, as with the ill-fated G5, innovative, it has been a long time since the company saw any real profitability from the unit. With this in mind, a reduction in spending would seem to make some sense.

The Investor said LG’s Mobile unit was “degraded to a vice president-led unit” in 2017.