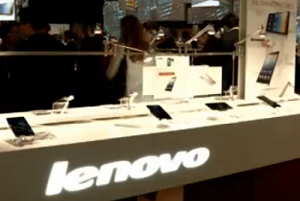 Lenovo has no plans to offer Windows-powered smartphones, and doubts Microsoft’s long-term commitment to the platform, The Register reported.

Gianfranco Lanci, the tech giant’s COO, said: “I don’t see the need to introduce a Windows Phone and I am not convinced Microsoft is supporting the phone for the future.”

With Lenovo offering a range of Windows powered tablets and PCs, and the company looking to play the convergence card, in some ways it seems a good candidate to offer a Microsoft-powered device.

But as Lanci said, Microsoft’s own plans for the platform seem unclear. Even in its own hardware business, the Lumia line it acquired from Nokia has now withered, and while there are talks of a Surface-branded phone in the future, so far there has been no confirmation.

And Microsoft has concurred that the mobile platform is not a priority for the immediate future.

Lenovo also has its own challenges in the smartphone sector. It has not so far seen a boost from its acquisition of Motorola Mobility, and the company is facing tough competition in its home market.

This has led to several restructures.