Lenovo used its Tech World 2016 event to unveil an augmented reality smartphone developed in partnership with Google, as well as debuting a modular addition to the Motorola smartphone family.

Among the applications mooted by the company were the ability to visualise new furniture in the home, AR-guided museum tours, and games. Powering this is an advanced camera set-up, with 16MP fast-focus camera, depth sensor and motion tracking.

And while the company spent much of Tech World showcasing future technologies and concepts, Phab2 Pro is very much a real product: it will be available from September for $499 unlocked. 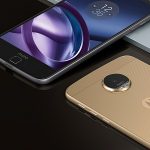 This approach is similar to that being taken by LG with its latest flagship, G5, which also supports add-ons.

The company noted that in order to support the Moto Mods, the smartphone itself needed a slimline form factor – it was described as “the world’s thinnest premium smartphone”.

Powered by Qualcomm Snapdragon 820 processors with 4GB of RAM and 32GB or 64GB of storage, the devices have 5.5-inch quad-HD screens and 13MP (Moto Z) or 21MP (Moto Z Force) cameras.

And Motorola is looking to encourage the development of third-party mods, and Lenovo is setting aside funding to support partners.

Device availability is slated for September.

While the company used the event to announce its new products, its Tech World keynote also focused heavily on future innovation. 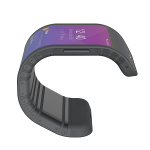 Peter Hortensius, CTO of the company, used the event to showcase bendable devices with flexible screens and tout future input technologies which will create a “whole new species of devices”.

“It’s partly about screen tech, but for us it’s even more about what is underneath the screen. What else has to bend when the screen bends? The battery, the motherboard, how do we make sure it holds its shape when you bend it back?” he said.