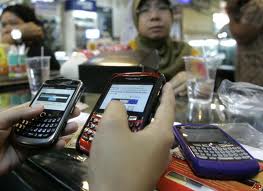 Chinese IT company Lenovo was again linked to an acquisition of BlackBerry, although this stemmed from a single response to a direct question put to an executive, who responded that such a deal “might make sense”.

The two companies were linked earlier this year, again when a Lenovo executive was specifically asked about a BlackBerry deal. At this point, the Chinese company said that “Lenovo is very focused on growing its business, both organically and through M&A. When inorganic ideas arise, we explore them to see if there is a strategic fit”.

In an interview with Les Echoes this week, Yang Yuanqing, CEO of Lenovo, said that before any BlackBerry deal, “I must first analyse the market and understand what exactly the importance of this company is”.

Even without acquisitions, Lenovo is growing fast in the smartphone space: it is already in second place in the competitive Chinese market, and is rolling out devices to emerging markets such as Russia, India, Indonesia, Vietnam and Philippines.

But BlackBerry may have some attributes that prove appealing to Lenovo, not least in the enterprise market, where Lenovo already has a strong IT operation.

RIM also has a massive international presence in the mobile device market, including existing relationships with operators globally – an area where Lenovo is having to plough fresh ground.

And while the Lenovo brand is well known in some markets, BlackBerry is still the more familiar in the mobile market.