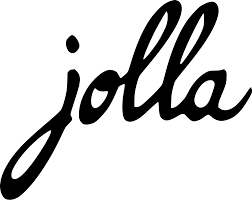 Finland’s Jolla wants to focus efforts on the licensing and development of its open mobile operating system, Sailfish, and will set up a new company for its device business, where it “sees a specific interest from privacy-aware consumers and corporations around the world.”

Antti Saarnio, chairman of Jolla’s board, will take charge of Jolla Ltd, which will focus on Sailfish, while a new head will be appointed for the devices unit, which will focus on security enhanced devices, in the autumn. Jolla’s current CEO Tomi Pienimaki is leaving in August for a new job outside the company.

According to Saarnio,”Every young company has to find its clear focus at some time, and for Jolla that time is now”.

“After three years of intensive Sailfish OS research & development we are now moving full speed to new bigger waters, which requires full focus on software from the team,” he added.

Speaking to TechCrunch, he said “It’s very difficult to manage two such different businesses in one company… You can imagine that if you have one management team it either can discuss about expanding Sailfish OS or expanding Jolla device business. But combining those two into one company is very, very confusing.”

“The second thing is that by the capital nature and business type of nature those are very different cases. The Sailfish OS is very R&D capital intensive. It requires lots of investment. And the device business should be very lean. And has lower margins and high expenses,” he elaborated.

The report also says Jolla will soon make an announcement about partnerships in India with “major corporations in terms of device licensing and other ecosystem partnerships,” adding that “this should be the biggest announcement so far from Jolla.”

The firm, which has brought one smartphone to market, said it is committed to deliver the Jolla Tablet to its Indiegogo crowdfunding contributors and is working to start first shipments as soon as possible.

“The software (Sailfish OS) part of the work is in good shape but we have been slowed down by supply issues of certain hardware components,” said Saarnio. “We expect to solve this issue very soon.”

Earlier in the year, Jolla said it had set itself the ambitious target of forming the third mobile ecosystem after Android and Apple’s iOS, ousting Windows Phone from the top three.

Marc Dillon, co-founder and COO had said he believes it can achieve its targets with Sailfish 2.0 because it is “the only independent OS” as it is “not dominated by one company’s strategy”.

Last month, Jolla announced plans to “build a Sailfish OS ecosystem in Africa”, as part of its strategy to drive growth of the OS across emerging markets.

Earlier this week, Russian devices start-up Yota said it is not abandoning Android and opting for Jolla’s Sailfish operating system, as some reports had suggested.