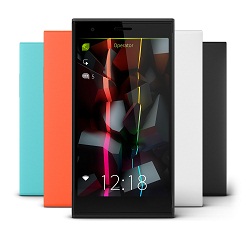 Finnish smartphone startup Jolla confirmed reports it is to “temporarily lay off a big part of its personnel”, having seen a funding round intended to end in November postponed.

In an unusually honest statement, Antti Saarnio, chairman of Jolla, said: “Our operating system Sailfish OS is in great shape currently and it is commercially ready. Unfortunately the development until this point has required quite a lot of time and money. To get out of this death valley we need to move from a development phase into a growth phase.”

“At the same time we need to adapt our cost levels to the new situation. One of the main actions is to tailor the operating system to fit the needs of different clients. We have several major and smaller potential clients who are interested in using Sailfish OS in their projects,” he continued.

The company has filed for a debt restructuring programme in Finland, in an effort to “ensure the continuity of its business”.

“In Finland we have very good laws for corporate restructuring. These enable the continuation of businesses through debt restructuring, which gives a company more time to take care of its financial liabilities. I believe that through this program Jolla can turn its business to be profitable in the future. Sailfish OS is a very valuable asset and worth fighting for,” Saarnio said.

Jolla has been pushing its OS as an alternative to the Google-controlled Android in markets such as Russia and Africa.

But so far it has struggled to gain support for the platform beyond its own hardware operations – India’s Intex has iterated support, although no device has so far been launched.