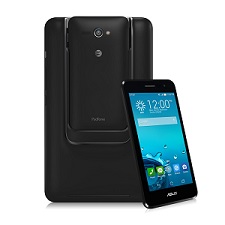 Intel announced a high-profile win in the mobile phone space, with the launch of an LTE device from ASUS which will be available in its home market – through AT&T in the US.

PadFone X mini is a 4.5-inch screen LTE Android smartphone, which uses an Intel Atom processor and XMM 7160 LTE modem. As with ASUS’ previous PadFone devices, it can also be used to power a 7-inch touchscreen companion device, offering a “tablet-like” experience.

While Intel has been gaining some ground in the tablet market recently, its presence in the smartphone space has been unimpressive. While it has offered some devices through partners such as Motorola, Lenovo and ZTE, its weakness in the LTE space has seen it marginalised.

Intel has spent big to bolster its mobile credentials, but so far this has not come to fruition. The company is also investing in Chinese partners.

PadFone X mini will be available in AT&T stores from next week, and other national retailers “by November”. It will cost $199.99 on AT&T’s GoPhone prepaid plans.