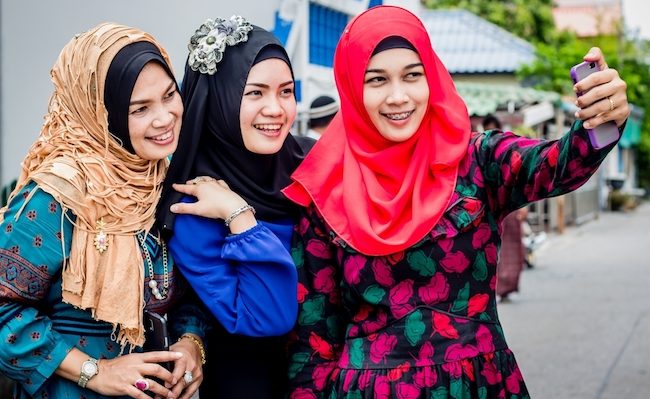 Indonesia booked the fastest growth of the global top-ten smartphone markets in the third quarter, with shipments up 29 per cent year-on-year, Canalys reported.

While ranked as the fourth-largest market in the world, analyst Matthew Xie said Indonesia offers strong potential for growth because of a “vast young population” and relatively low smartphone penetration.

Shipments hit 11.5 million in Q3, with annual growth accelerating compared with the second quarter, when shipments were up 10 per cent (see chart below, click to enlarge). 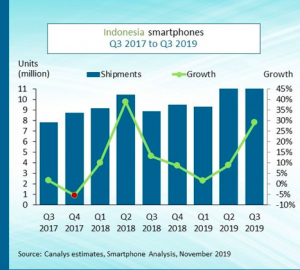 Nicole Peng, Canalys VP of mobility, said the market is poised to deliver “strong growth in the next 12 months thanks to major vendors’ marketing push and rapid product refreshment”.

Oppo maintained its lead for the second consecutive quarter, taking a 22.7 per cent market share after recording 47 per cent year-on-year growth to 2.6 million units. Indonesia is the vendor’s second-biggest market outside of China, accounting for 8 per cent of its global shipments.

Second-placed Xiaomi’s shipments increased 22 per cent to 2.5 million, a 21.6 per cent share, moving it ahead of Samsung which shipped 2.4 million units, up 16 per cent.

Vivo remained fourth with shipments of 1.9 million units up 74 per cent and market share increasing by more than 4 percentage points to 16.6 per cent.

Xie said the stabilisation of the rupiah against the US dollar this year strengthened overseas vendor’s investment confidence in the country.

Subscribe to our daily newsletter Back
Previous ArticleOptus deputy CEO to take helm
Next ArticleMobile Mix: Aloha from Hawaii